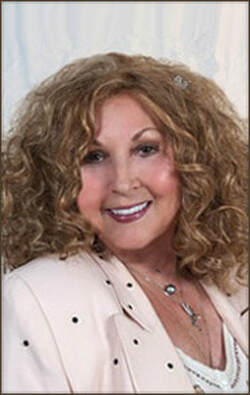 Sherry Lebed Davis is one of the foremost authorities on the use of movement for the healing and prevention of complications from breast cancer surgery, all cancers and chronic illness. She is the co-founder, with Dr. Marc Lebed and Dr. Joel Lebed, of Healthy-Steps, moving you to better health with the LEBED METHOD.
Sherry was a professional dancer on stage and television and became a dance instructor for over 20 years owning her own dance studios in Pennsylvania for over 15 years while running a children's dance company. This company performed both in the United States and Internationally. She coached and choreographed for the Philadelphia NFL Eagles Football Team Cheerleaders, The Liberty Belles and became a Dance Movement Therapist in 1980 while at Albert Einstein Medical Center with the Lebed Method.
Sherry has been seen in People Magazine, Health Magazine, Oxygen, MAMM, Coping, CURE, SPA, New York Times, and Seattle Times. LA Times and others. She has appeared on the Today Show, Life Time Live, The Nightly News, BBC and more.
She was awarded Seattle's most Inspiring Breast Cancer Survivor and Healthy-Steps were a finalist in the "Shine a Lite" Contest sponsored by American Express and Universal Studios. Sherry has received the Governors Award in Dance excellence for working with children and is recognized by major cancer and Lymphedema Groups.
She has authored a book. "Thriving after Breast Cancer", two DVDs and a music CD. Sherry is a thriver of breast cancer, Lymphedema and Hep C, while continuing her quest to motivate and inspire others to remember that surviving is important but thriving is elegant.
Click here for a detailed history of Sherry Lebed Davis’ professional publications and experience.